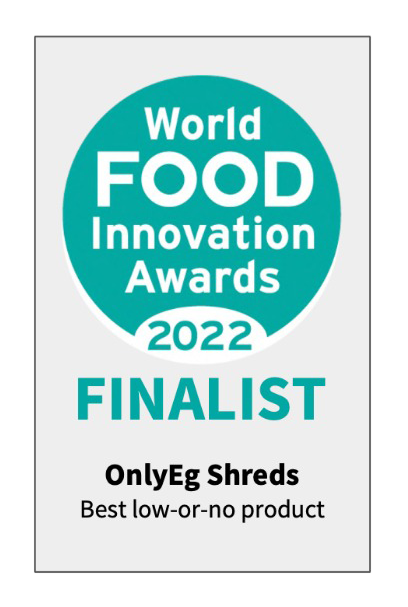 “I know this isn’t real egg, but this is as close to real eggs as it gets.”

“With these shreds it’s almost as though someone cooked an omelette in a large square tray and then sliced it up thinly.”

“It’s got the colour of egg, it tastes like egg, it’s got the texture of egg too.”

“Egg is often used as a canvas for flavours, that’s not to say egg itself has no flavour, it does. But the measure of how good egg is in carrying flavour is where its value counts. It’s how it is able to bind the flavours together.”

Truly the best OnlyEg salad you can make with minimal ingredients. So easy to make!

Our food is designed to be nutritious as well as delicious! We use only plant-based ingredients to enhance your quality of life. Learn all about it by downloading the information pack or nutritional facts linked below.